The Cheetah is a four-footed robot that gallops at 18 mph, which is a land speed record for legged robots. The previous record was 13.1 mph, set in 1989 at MIT. Cheetah development is funded by DARPA’s Maximum Mobility and Manipulation program. This robot has an articulated back that flexes back and forth on each step, thereby increasing its stride and running speed, much like the animal does.

The current version of the Cheetah robot runs on a high-speed treadmill in the laboratory where it is powered by an off-board hydraulic pump and uses a boom-like device to keep it running in the center of the treadmill. Later this year we plan to start testing a free-running Cheetah that will operate more naturally in the field.

The Cheetah Robot on Reuters News:

A robotic cheetah designed for the US military, has broken its own speed record for a running robot, clocking 28.3 mph (52.4 kph) on a treadmill. The record beats its previous top speed by more than 10 mph (19 kph) and sets up field tests for a free-running cheetah later this year.

Usain Bolt is fast, but the Cheetah Robot from Boston Dynamics, is even faster.

Built for the US Military to one day transport equipment in combat zones, the robot is being developed to mimic the speed and agility of cheetahs in the wild. It has a flexible spine which allows it to increase its running speed with each step.

The current version is powered by a hydraulic pump and kept centred on the treadmill by an extending arm attachment. The cheetah accelerates slower than the human world record holder, but, by reaching a sustained top speed of 28.3 mph, the machine set a new land speed record for a robot narrowly edging Usain Bolt’s fastest recorded speed.

They want their Cheetah robot to eventually go more than twice as fast, with an ultimate goal of 70 mph. Boston Dynamics say a free standing prototype will be tested in the field later this year.

WildCat is a four-legged robot being developed to run fast on all types of terrain. Currently WildCat runs at about 16 mph on flat terrain using bounding and galloping gaits. Check out the video to see WildCat’s performance: 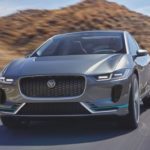