Gerd Leonhard on Technology vs Humanity: The Future Belongs to Those Who Can Hear It Coming is a musician, keynote speaker, and futurist with over 300 clients, 1,500 engagements, and over a million people of a combined audience at venues across the world. Gerd is most recently the author of a brand new book titled Technology vs Humanity: The Coming Clash Between Man and Machine and, as someone who puts stress on ethics in his work as a futurist, I thought he would make a great interviewee on Singularity.FM. So check out his interview and let me know what you think!

During our 80 min discussion with Gerd Leonhard we cover a variety of interesting topics such as: why Gerd considers himself a humanist and a traveler; his journey from theology and philosophy through music and entrepreneurship and into foresight and futurism; starting a Spotify-type of a company 10 years too early and writing his bestseller book The Future of Music; the idea of merging with machines and his latest book Technology vs Humanity; whether we want Silicon Valley and DARPA to determine the future of humanity; why technology is not enough and the need for digital ethics; political referendums, universal basic income, and technological unemployment; his concept of CORE vs the popular STEM; capitalism, abundance, and profit…

Just some of the quotes that I will take away from this conversation with Gerd Leonhard are:

Embrace technology but do not become it!

Who is Gerd Leonhard? 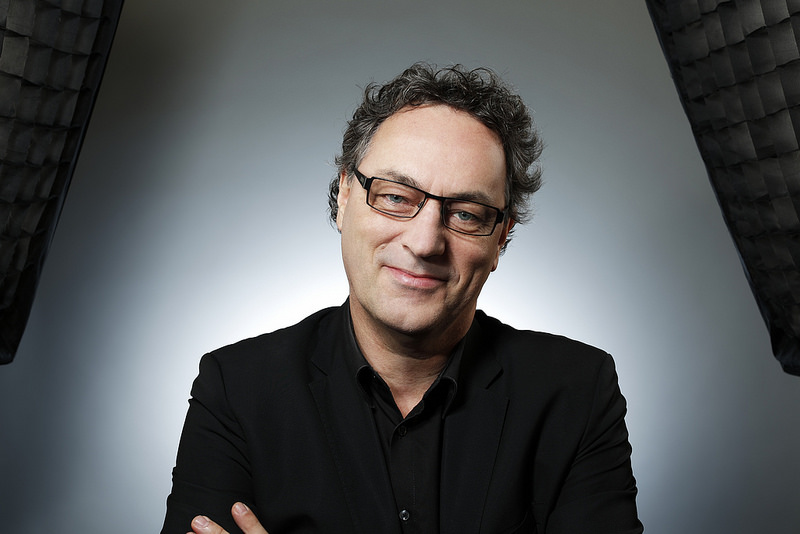 Gerd Leonhard is a widely-known and top-rated futurist, with over 1500 engagements in 50+ countries since 2004 and a combined audience of over 1 million people. Gerd focusses on near-future, ‘nowist’ observations and actionable foresight in the sectors of humanity, society, business and commerce, media, technology, and communications.

Gerd is also an influential author, a sought-after executive ‘future trainer’ and a trusted strategic advisor. He is the co-author of the best-selling book The Future of Music and the author of 5 other books including Technology vs Humanity. Gerd is also the host of the web-TV series TheFutureShow and the CEO of TheFuturesAgency, a global network of over 30 leading futurists.

Gerd is considered a leading voice on a wide range of topics including digital transformation and the opportunity-challenges of the coming exponential society, a sustainable business and cultural ecology, social media and communications, TV / film, radio and broadcasting futures, mobile content and commerce, innovation, leadership and entrepreneurship, ‘hard-future’ consumer trends, human-machine futures and AI, cognitive computing, the IoT, big data and automation, next-generation advertising, marketing and branding, as well as sustainability and related ‘green future’ topics. In 2006, The Wall Street Journal called Gerd ‘one of the leading Media Futurists in the World’. In 2015, Wired Magazine listed Gerd as #88 of the top 100 influencers in Europe. He’s #21 on the global list of futurists.

Gerd’s background is in the music business; in 1985 he won Berklee College’s ‘Quincy Jones Award’ and subsequently spent 12 years working as a professional guitarist, composer, and producer. He then caught the Internet-bug and became a digital music & media entrepreneur, serving as Founder/CEO of several Internet startups, based in San Francisco. In 2002, following the .com meltdown and the 9/11 crisis, Gerd returned to Europe and discovered his new calling as a futurist.

He now travels around the globe to speak at leading conferences and events, company retreats, seminars, and in-house trainings, and offering his unique ‘FutureExperience’ trainings along with his colleagues at The Futures Agency, an international organization that Gerd founded in 2010 to meet client demand for tried-and-tested future-trainers, speakers and personalities.

Gerd is a fellow of the Royal Society for the Arts (London) and a member of the World Future Society. A native German, Gerd resides in Basel, Switzerland, and maintains an office in San Francisco. He presents both in English as well as in German.