Jacque Fresco: Apply the Methods of Science to the Social System! 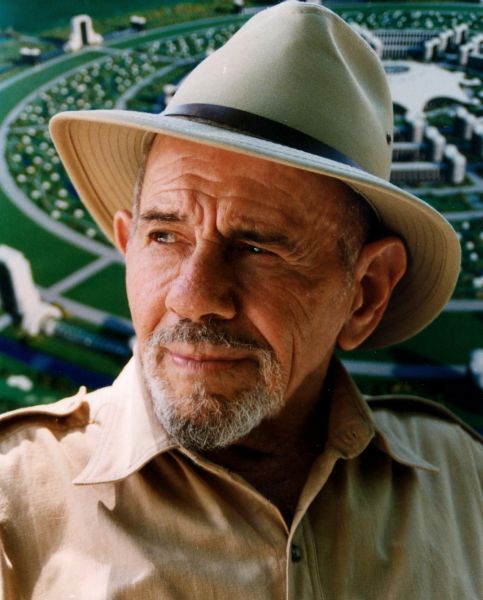 In his Future By Design documentary about Fresco’s life and ideas, Emmy-winning filmmaker William Gazecki called the 97-year-old Jacque “a modern-day Da Vinci.” Others have called him “a new Buckminster Fuller.”

Now, I have to admit that I really like Jacque as a person – he just seems to have a unique combination of wisdom, life experience, a sense of humor, and personal humility. I also admire his multi-disciplinary accomplishments and his seemingly never-ending enthusiasm and scientific curiosity. This, however, doesn’t mean that I agree with him on everything that he says or proposes, and you would see a few of those moments during our 72-minute interview. At any rate, the best thing you can do is to watch the interview in full, read Jacque’s book –  The Best That Money Can’t Buy, and judge for yourself.

During my conversation with Jacque Fresco we cover a variety of interesting topics such as: how he sees himself; scarcity and money as the root of all evil; the Venus Project; the need for unambiguous language; why he claims that most people are “unsane”; whether philosophers are bullshitters; the clash of civilizations and the nation-state; education and the scientific method; the modern culture of bread and spectacles; resource-based economy; Ray Kurzweil, artificial intelligence and the technological singularity; the Zeitgeist movement; Ayn Rand and objectivism; death and cryonics…

My favorite quote that I will take away from this conversation with Jacque is:

“Study the meaning of science and apply its methods to the social system!”

This video presentation advocates a new socio-economic system, which is updated to present-day knowledge, featuring the life-long work of Social Engineer, Futurist, Inventor and Industrial Designer Jacque Fresco, which he calls a Resource-Based Economy. This documentary details the root causes of the systemic value disorders and detrimental symptoms caused by our current established system. The film details the need to outgrow the dated and inefficient methods of politics, law, business, or any other “establishment” notions of human affairs, and use the methods of science, combined with high technology, to provide for the needs of all the world’s people. It is not based on the opinions of the political and financial elite or on illusionary so-called democracies, but on maintaining a dynamic equilibrium with the planet that could ultimately provide abundance for all people.

Paradise or Oblivion, by The Venus Project, introduces the viewer to a more appropriate value system that would be required to enable this caring and holistic approach to benefit human civilization. This alternative surpasses the need for a monetary-based, controlled, and scarcity-oriented environment, which we find ourselves in today.

This is NOT the “major motion picture” that The Venus Project is working towards but rather is a short documentary to introduce the aims and proposals to new people.

Who is Jacque Fresco?

Jacque Fresco has been envisioning the future for almost a century. An industrial designer and social engineer, he is a forerunner in the field of Human Factors Engineering, has worked as both innovator and inventor in a wide range of fields spanning aerospace, medicine, architecture, automotive design, psychology and much more. He is the founder of the Venus Project (formerly Sociocyberneering, Inc.), a twenty-five-acre research facility in Venus, Florida — the function of which is to prepare approaches and solutions to major problems that confront the world today. The Venus Project represents the culmination of Fresco’s life work: the integration of the best of science and technology into a comprehensive plan for a society based on human and environmental concern.

Fresco’s talents can only be described as prolific. His accomplishments include a tenure as a design consultant for Rotor Craft Helicopter Company, service in the Army Design and Development Unit at Wright Field, a position as Research Engineer for Raymond De-Icer Corp and helped create Revel Plastics Corporation. He was a technical consultant to the motion picture industry, and also worked on the film The Magic Eye, which won the Robert J. Flaherty Award for a creative film documentary.  He also has taught industrial design at the Art Center School in Los Angeles. He has authored seven books and has written and published numerous articles throughout the world. In addition, he has successfully produced and filmed four educational videos about the future that are distributed to high schools, colleges, and libraries worldwide.

Mr. Fresco has been a guest lecturer at many institutions of higher learning. Fresco has been featured on countless television shows throughout the world and his world lecture tour in 2010 where he traveled to over 19 countries and gave over 25 lectures was a tremendous success. Academy Award Nominated and Emmy Winning filmmaker, William Gazecki in 1998 produced a major documentary, titled Future By Design, on Mr. Fresco’s life, designs and philosophy. In 2008, the world-renowned film, Zeitgeist Addendum, by Peter Joseph showcased the work of Jacque Fresco. This film was a huge Internet phenomenon receiving 50,000,000 views within its first year. A sequel to this documentary, Zeitgeist Moving Forward, was released in 2011 featuring Mr. Fresco, his work, and direction for the future. The film Future My Love, produced by Maja Borg in 2012, prominently features the work of Jacque Fresco.  Roxanne Meadows, in 2012 produced the film Paradise or Oblivion which is about the aims and directions of The Venus Project and Jacque Fresco.

Jacque Fresco is the founder of The Venus Project, which reflects the culmination of his life’s work: the integration of the best of science and technology into a comprehensive plan for a new society based on human and environmental concerns. It is a global vision of hope for the future of humankind in our technological age. Television and magazine coverage on The Venus Project has been worldwide. www.TheVenusProject.com