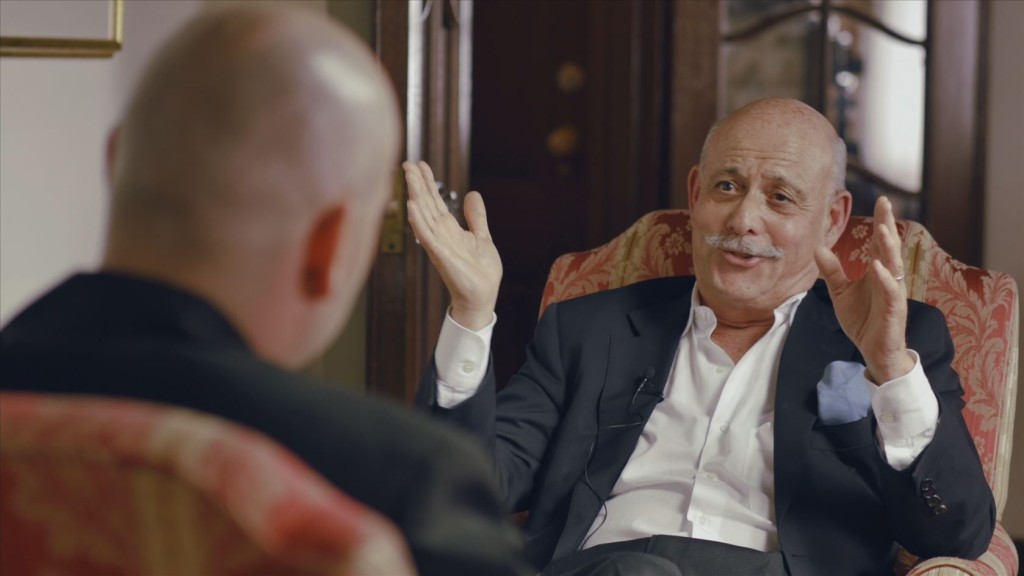 People often ask me what is the best interview I have ever done. By now, my usual reply is that this is like asking a parent who is their favorite child. Even if most have their preferences, it is very unwise to verbalize an answer, let alone publicly, because the resulting negative impact may last a lifetime. But, despite the risks, I am willing to say that my interview with Jeremy Rifkin is definitely among the best ones I have ever done.

Rifkin is an economic and social theorist and the author of over twenty books including The Zero Marginal Cost Society, The Third Industrial Revolution and The Empathic Civilization. He is an advisor to the European Union and China as well as the principal architect of their plans for the third industrial revolution.

The Third Industrial Revolution is a comprehensive new economic vision for the world together with an on-going plan to implement it. And Rifkin puts forth a powerful argument that we need to do it quickly if we are to have any hope of minimizing the effects of climate change. This is the only comprehensive, cohesive and straight-forward “common-sense” plan that I know of, aimed at addressing climate change, creating jobs and growing the economy.

Synopsis: The global economy is in crisis. The exponential exhaustion of natural resources, declining productivity, slow growth, rising unemployment, and steep inequality, forces us to rethink our economic models. Where do we go from here? In this feature-length documentary, social and economic theorist Jeremy Rifkin lays out a road map to usher in a new economic system. A Third Industrial Revolution is unfolding with the convergence of three pivotal technologies: an ultra-fast 5G communication internet, a renewable energy internet, and a driverless mobility internet, all connected to the Internet of Things embedded across society and the environment. This 21st century smart digital infrastructure is giving rise to a radical new sharing economy that is transforming the way we manage, power and move economic life. But with climate change now ravaging the planet, it needs to happen fast. Change of this magnitude requires political will and a profound ideological shift.

With the Internet of Things infrastructure, Big Data and analytics can be used to develop algorithms that increase productivity and dramatically lower the marginal cost to near zero in the production and distribution of an increasing array of goods and services. Today, millions of people around the world are producing and sharing things like videos, music, contributions to Wikipedia, renewable energy, homes, and automobiles.

In the sharing economy, ownership gives way to access, sellers and buyers are replaced by providers and users, social capital becomes as important as market capital, consumerism is upended by sustainability, and quality of life indicators become more important than GDP. The sharing economy can become a circular economy in which goods and services are redistributed among multiple users, dramatically reducing society’s ecological footprint.

But with climate change now ravaging the planet, the transition to a new economic era has to happen fast. Change of this magnitude requires political will and a profound ideological shift.